Add a stand-alone image element to your page that will automatically preserve its aspect ratio.

The Image Element is used to add an image to the page. This approach is best when:

Image elements can be placed directly onto the page, or within containers or grids. Once placed, you can select an image asset from your computer or the media library to populate the image element.

Adding an Image Element to the Page

Select the image element icon from your left toolbar and drag it onto the page:

The image element may be placed as a root element on the page or placed within a container or a grid.

Once placed, the image element will appear as an empty box with a small image icon in the center. By default, it will take up 100% of the width of the page (or its parent container.) 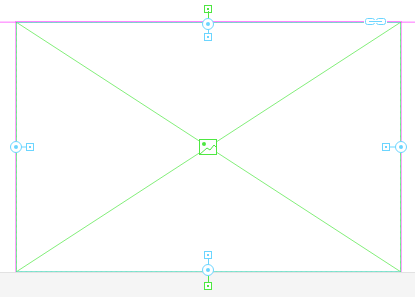 Adding an Image to an Image Element

The image element will be empty until you specify an image asset to be used.

To add an image to the image element from your local computer, click the small image icon in the middle of the element:

Then choose the image you want to upload from your drive. Once uploaded, it will appear both on the stage, and in the media library.

Resizing Images in an Image Element

Images added to the image element will default to their uploaded size once added to the page. You can use the Dimensions Panel or the Focus Frame to resize the image.

Image elements will always maintain their aspect ratio: if you make an image wider, its height will increase a corresponding amount to prevent the image from being stretched or distorted.

You can use the right toolbar control panels to edit the styling of an image. These panels will allow you to set its border, margin and padding, and so on.

To delete an Image Element, select it and then hit <delete> on your keyboard, or choose "Delete" from the "Edit" menu.