Using Content Mode to edit the images and videos on a page.

Selecting an image on the website will trigger the image controls on the right side of the Content Mode: 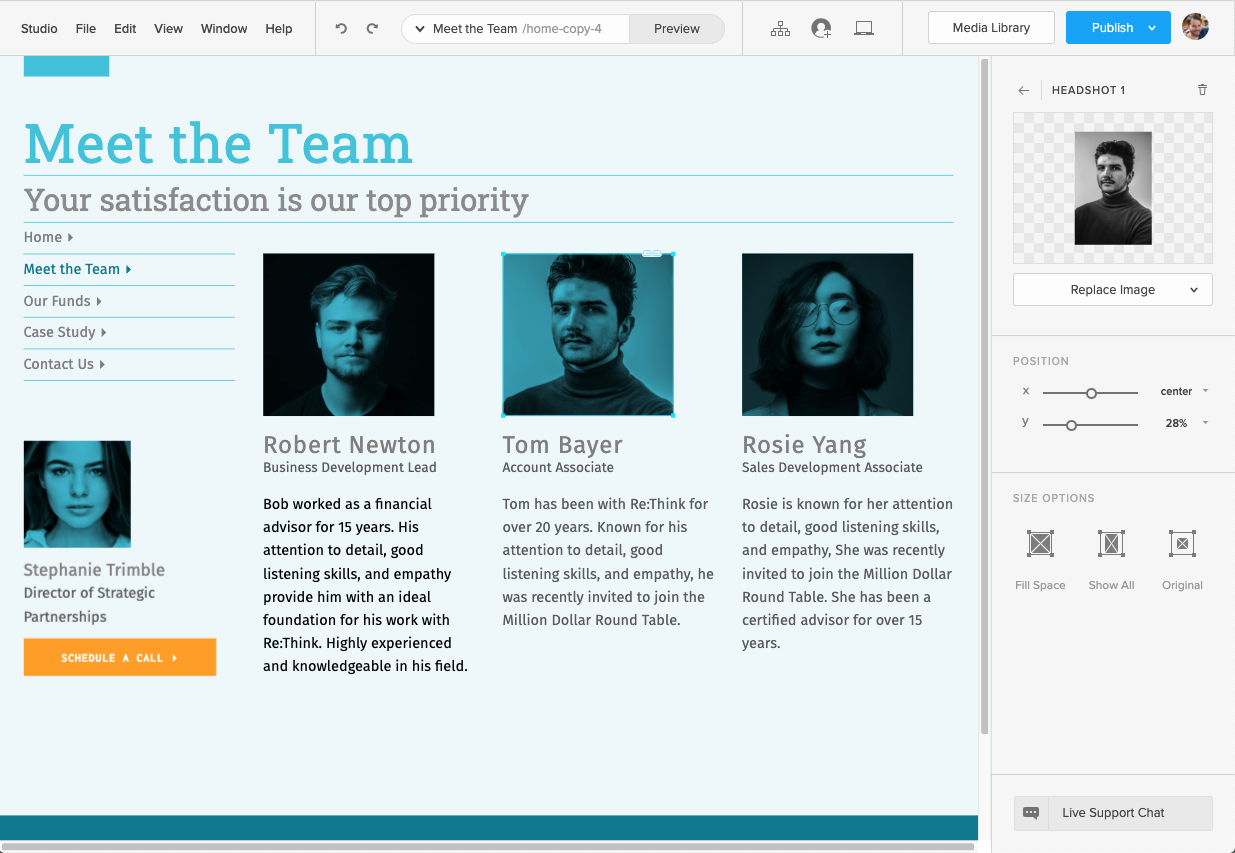 From here you can take a number of actions:

Click the “Replace Image” dropdown.  From here you can either upload a new image or select an existing one from the media library.

Selecting “From Computer” will trigger your computer’s file browser.  Simply select an image and it will be uploaded to the media library and replaced on the page.

If you select “From Media Library” the media library will open: 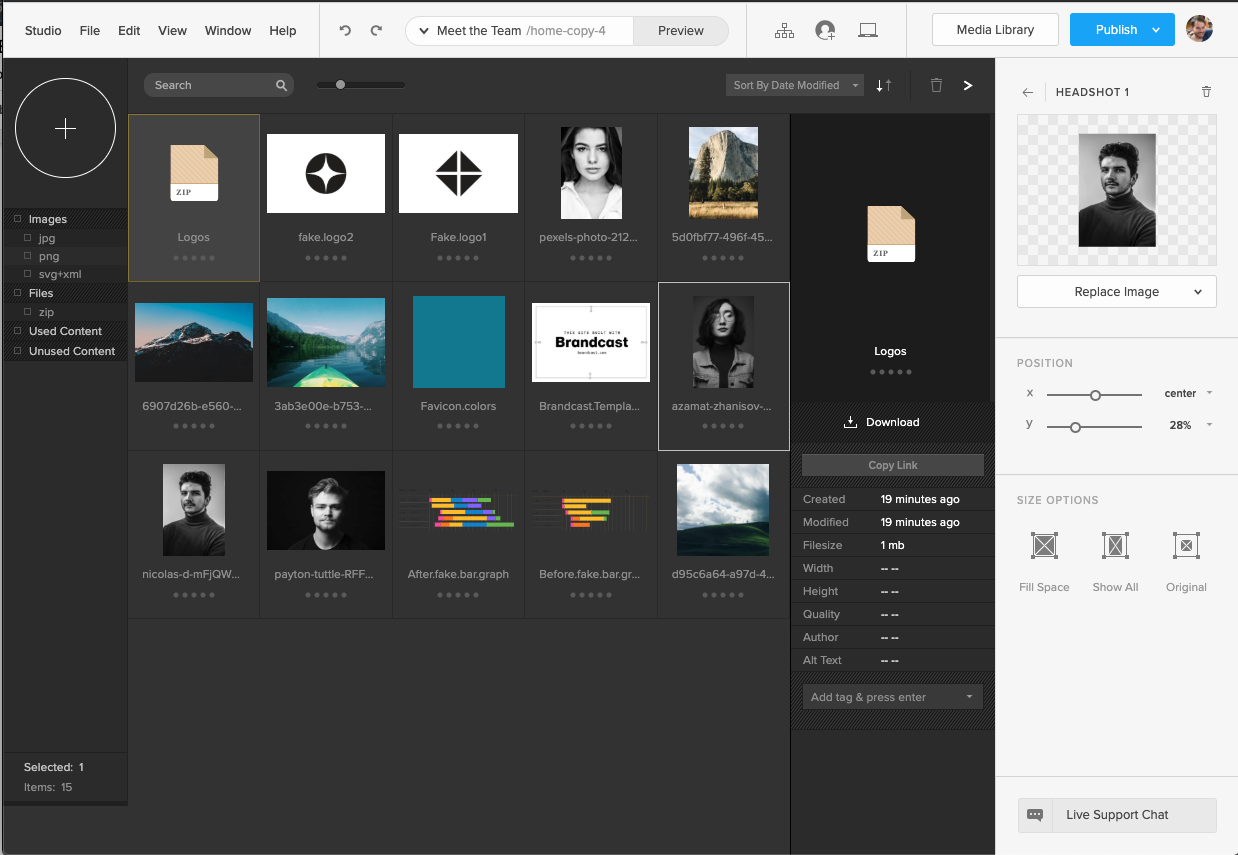 From here you can select an image and drag it onto the existing image on the right toolbar to replace it. 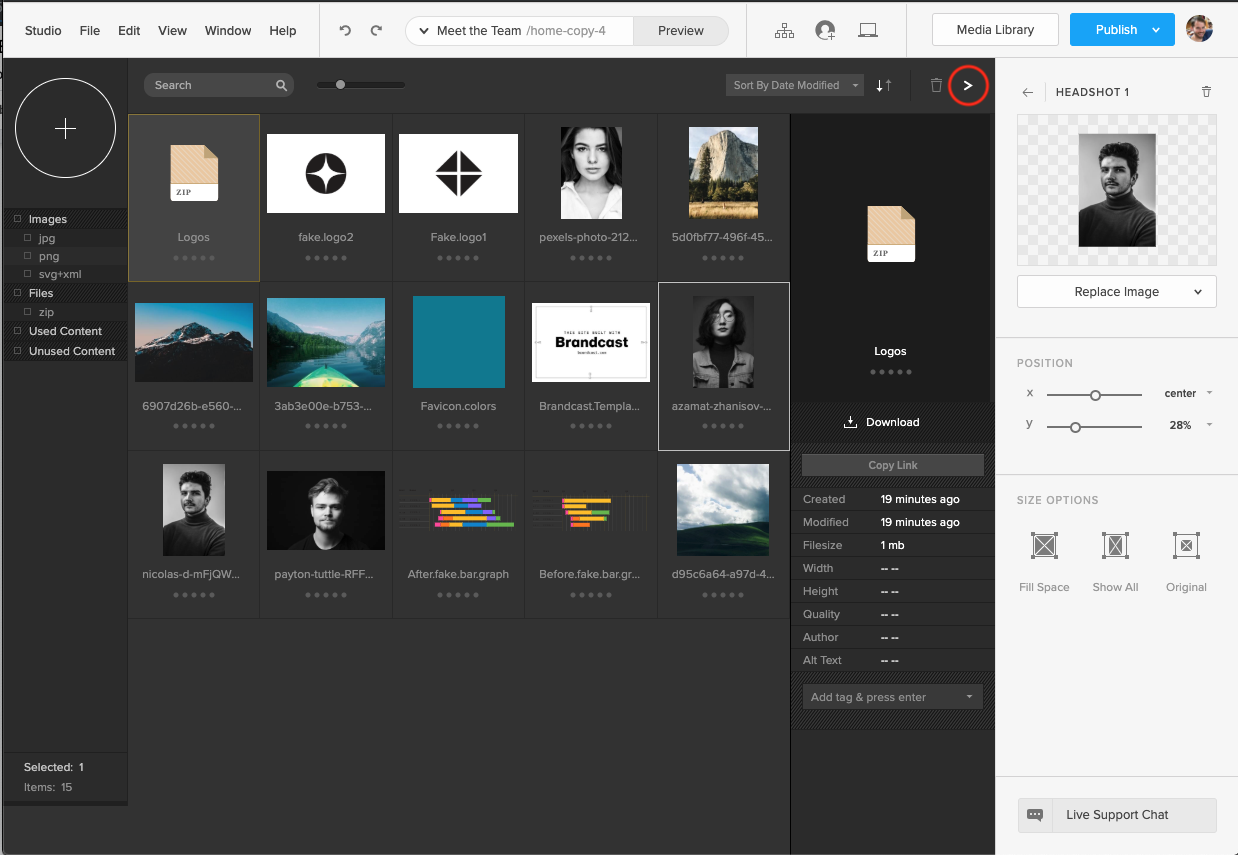 If a background image is larger than the space that it occupies on the page, you can alter its position within that space.  You can do this via the “x” (left and right) and “y” (up and down) sliders.  They can be moved manually, or you can select a behavior from the dropdown such as centering the image in one direction or the other.

There are also three size options to choose from:

Image elements will have a space to provide “ALT Text” to them.  You should provide some descriptive text about the content of an image for the image elements on the page.  This will not show up on the published page but is important for SEO, screen readers and other accessibility features.